What Would You Pay for an eBook? 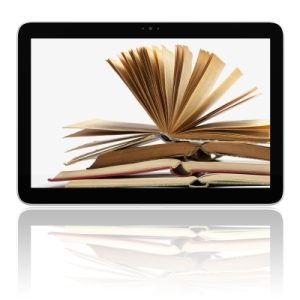 M:  I did something I never thought I’d do

M:  I’ve always thought how ridiculous it is to pay $14.99 for an ebook and how I’ve never ever done it.

I would have laughed if you said I would up until about a few weeks ago, when I pre-ordered the new Black Dagger Brotherhood book–Lover at Last–out at midnight tonight on Kindle

I think a whole shit ton of people are waiting for that little story to appear on their e-reader at 12:01AM

and I’m only slightly ashamed.

but I can’t stand it

we all pay more money for the things we really want

I mean, compare it to a Wal-Mart handbag or a Coach bag

if you’re going to love it, what does it matter?

M:  I lurve him. I seriously do. I haven’t been this giddy over a fictional hero since Jamie Fraser.

It would kill me to know the story was out and I didn’t have it in my hot little hand as soon as possible. Especially since I’m certain it’s not going to be for sale anywhere on the island

I will stay up all night and read it

J:  well, the fact of the matter is that some authors are the Coach bags of the publishing world

people can roll their eyes if they want to, but they have their own “must haves” that they’ll pay for

so if you must have Qhuinn (omg, did I spell that right?), then by all means

and no need to be ashamed

and when I do read, it’s usually a paper book

but that I have zero qualms about paying for the hardback version of a much-coveted book at the stroke of midnight the day it’s available. I have before, and I will again

M:  hardback is different, though

there’s some cost involved in producing, shipping, etc. those. Not so much for the e-versions

J:  no, but in the end, it comes down to what you want

M:  I didn’t have an ereader until last Thanksgiving. I got a Kindle Fire, and I love it. I mostly got it so I can read in bed at night without having to turn on a light and disturb hubs when he’s actually home.

As much as I do like reading a book, there’s something just really exciting about pressing a button and instantly having access to a story

especially when he and I have always lived a million miles from nowhere. It’s a planned outing to go to any bookstore

and then, when we moved…oh, boy. All my books. Boxing and then paying per pound to ship them across the country.

Not to mention, I can carry over one thousand books in my purse when I travel. Don’t have to pick and choose and then lug them all over with me.

J:  I’m honestly afraid if I had one, I’d never get anything else done

M:  I think it’s opened up a whole new world

Good one for readers and writers, maybe not so good for publishers, booksellers, libraries. I’m not entirely certain how much it’s affected them.

J:  with the decreased overhead, it seems as though ebooks would be a good thing for publishers

all the same preparation goes in, but fewer materials are needed

of course, they also have to have people on staff who can format for ebooks

can you just set it once and it works for kindle, nook, etc.?

M:  Pretty sure each is a different format

it has affected booksellers, though, as evidenced by Borders and Barnes & Noble, the neighborhood bookstores

it just seems the world is always change, adapt, move forward, or die

I’m kind of getting the same vibe from the Big Six publishers that was hanging around the Big 3 automakers, and look what happened to them

J:  that was a point Nathan Bransford made on his blog recently

that as an agent, it’s his job to sift through what’s on his desk for the books that will be profitable. How many books throughout history were rejected when they might have been classics? World changers?

including those readers who would pay $14.99 for an ebook

sure, there’s the chance you’ll pick up something self-published that lacks in quality

but it’s the same for anything from a big six anymore, too

there is a big difference there

M:  oh, yes, but that’s more established reputation. that can be either self pub or traditional

If I’d read their books and fell in love with the story or character–but again, that’s more about experience and reputation, which isn’t exclusive to any publishing format

J:  really, it comes down to an individual’s feelings

and what they want to spend their money on

while one person is astonished at a $14.99 price on an ebook, the next is just excited they can read it at all

I’m a serious goner for this boy. I cannot wait for him to get his man

this is that one

You’ve been excited about this one for a while

J:  I hope it’s everything you hope for and more

as much as I read, if it hasn’t sucked me in…

Speaking of sucking me in…Going to go ogle the cover and pine for a few more hours until it magically shows up on my kindle.

How much would you pay for an ebook? Are you excited about JR Ward’s upcoming release? Does Nathan Bransford blow your mind with his wisdom? Let us know!

Author of Young Adult novels. Reside in Nashville with my husband, a gorgeous Irishman. Drink too much coffee. Online way too much.
View all posts by Jen Barry →

3 thoughts on “J to tha M: The eBook Revolution”